Participants first will learn about limitations of linear reference-based methods and work through a brief refresher or introduction to standard approaches for processing sequencing data, including read alignment and variant calling. Provided these motivating examples, we will use data from a variety of relevant sources to develop an intuition about pangenomic methods and a practical familiarity with applicable tools.

We will mostly use vg and other methods that read and write GFA.

For our exploration we have collected several data sets that combine genomic and phenotypic information, with a focus on contexts that are difficult to approach using standard linear reference methods:

Using these data we work through various modules based on different functional aspects of pangenomics.

This figure, from a recent paper on computational pangenomics, can serve as a helpful guide to our learning objectives: 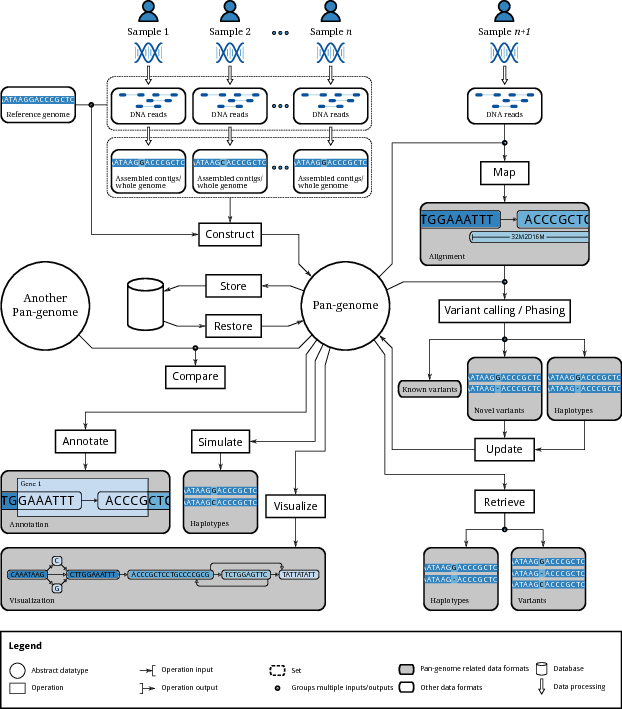 Our goal is that students achieve fluency in the practical aspects of relevant workflows within this scope.

Take graphs generated in our previous exercises and visualize them with:

Back to main page